The need for project managers

The need for project managers has been expertly laid out in a recent article by Richard Newton from UK-based Wellingtone Project Management.

In the piece, Mr Newton says project managers spend a lot of time thinking about the best way to carry out project management tasks utilizing books, bodies of knowledge, training courses, tools and templates. All of these, however, are based on the assumption that project managers are needed. 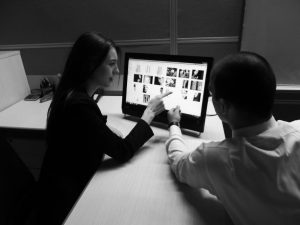 It is an assumption which, obviously, Mr Newton endorses, but he goes on to give a valid reason for why project managers and project management is needed.

Mr Newton says people may be surprised he’s included the last two options in his “poor” reasons but he goes on to explain why.

He goes on to add: “My analogy is with the orchestra conductor. All conductors can play instruments. Some can play brilliantly. But few try to conduct a large orchestra whilst playing their instrument.”

Regarding tracking and reporting, he says including it as a poor reason is valid because there needs to be a difference between things which have to be done to get the job finished (means) and the goals of the job itself (ends).

For Mr Newton, the right reason is:
• Risk and complexity

“The positive justification for project management is that it is inherent within project tasks that there is a level risk and a level of complexity. There is a need for a dedicated role to manage this risk and this complexity. Even perfect staff need alignment and coordination of their tasks,” he says.

He goes on to add that someone needs to think about the logical ordering of tasks, and find the resources to do the work. Even perfect organisations face risks and need someone thinking about what the risks are and how they should be mitigated.

“No other role does this management of complexity and risk. This management tasks will always need performing on project. This is the right and best justification for project managers,” he concludes.

The full article can be found here: http://www.wellingtone.co.uk/arguing-the-case-why-we-need-project-managers/